Apple’s newest software update has arrived, and it’s already making an impact in how effectively users manage their smartphones. iOS 12, which comes preinstalled in the iPhone XS and iPhone XS Max, is equipped with a number of shiny, new features sure to delight iPhone and iPad users, old and new models alike. From stronger battery performance to significant upgrades to maps, notifications and passwords, iOS 12 is robust in its delivery. Here, we’ll explore some of iOS12’s most anticipated new features, and how they can help you achieve more with your iPhone or iPad.

Mobile phones are designed to help users achieve everyday tasks with ease. However, with this great power comes a need for great battery life. Luckily, iOS12 delivers on this front. The new update offers significant upgrades in both battery life and performance, helping you operate your device for longer and with more speed than ever before. What’s more, owners of older model iPhones are reaping the biggest benefits. In terms of the newest update, the older your iPhone model, the better. According to Apple, older models can expect to see speed boosts of up to 70% faster.

Earlier versions of iOS allowed users to see how much battery their favorite apps were using, and for how long. In efforts to help users further understand the extent of their usage, iOS 12 offers users charts that display battery use in great detail. The charts are broken down by Screen On usage and Screen Off Usage. Also, now users are able to see how fast their battery was depleted, as well as how these levels were during any part of the previous 24 hours. There is also a long-term overview to help users evaluate their usage over time.

An onslaught of notifications can be annoying and distracting. The new software update seeks to remedy the inconvenience of too many notifications. Now, ioS offers instant tuning, which means users can now edit notification settings on the notification itself. They can even set specific apps to deliver notifications silently, meaning they’ll show up on the display, but without vibrations or sound alerts.

The modern day smartphone user relies heavily on map apps to help them reach their destinations. Glitches in the map apps are highly inconvenient for users, and the new iOS update helps to alleviate this. Other improvements include more detail like foliage, buildings, pools, pedestrian pathways and the ability to see into buildings. Currently, this feature is only available in certain areas, such as the city of San Francisco. The upgrades are expected to be available in a growing number of cities over the next year. You’ll also find improvements to traffic, construction notifications, and real-time road conditions — all intended to make your driving experience more safe and efficient.

Given the outstanding popularity of smartphones and their capabilities to manage so many aspects of everyday life, security is always a concern. While Apple devices have typically operated with their own password systems, now users are able to access their own much more easily. The latest iOS update offers an AutoFill setting that allows your chosen password manager to be available everywhere. This means password managers like OnePass and Dashlane are fair game.

QR codes haven’t quite caught on for iPhone and iPad users. This may be because of several reasons. One reason may be that, prior to iOS12, scanning QR codes required a special app, making it sometimes difficult to quickly capture QR codes in passing. The newest software update comes equipped with a QR scanning shortcut that can be accessed through iPhone’s lock screen. You can do this by adding a new widget to your device’s Control Center. 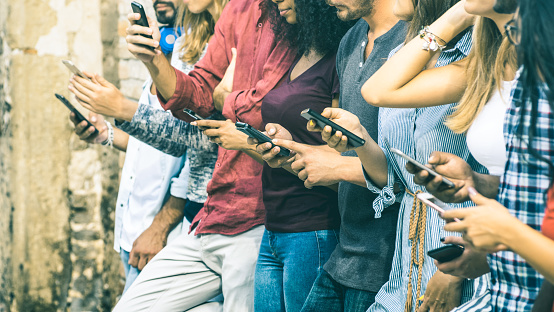 Smartphones, in their bid to deliver everything users hope for in a device and more, require sporadic updates to run at their optimal performance. iOS12 is just the latest to bring a new range of benefits to iPhone and iPad users everywhere. No telling what the future holds.